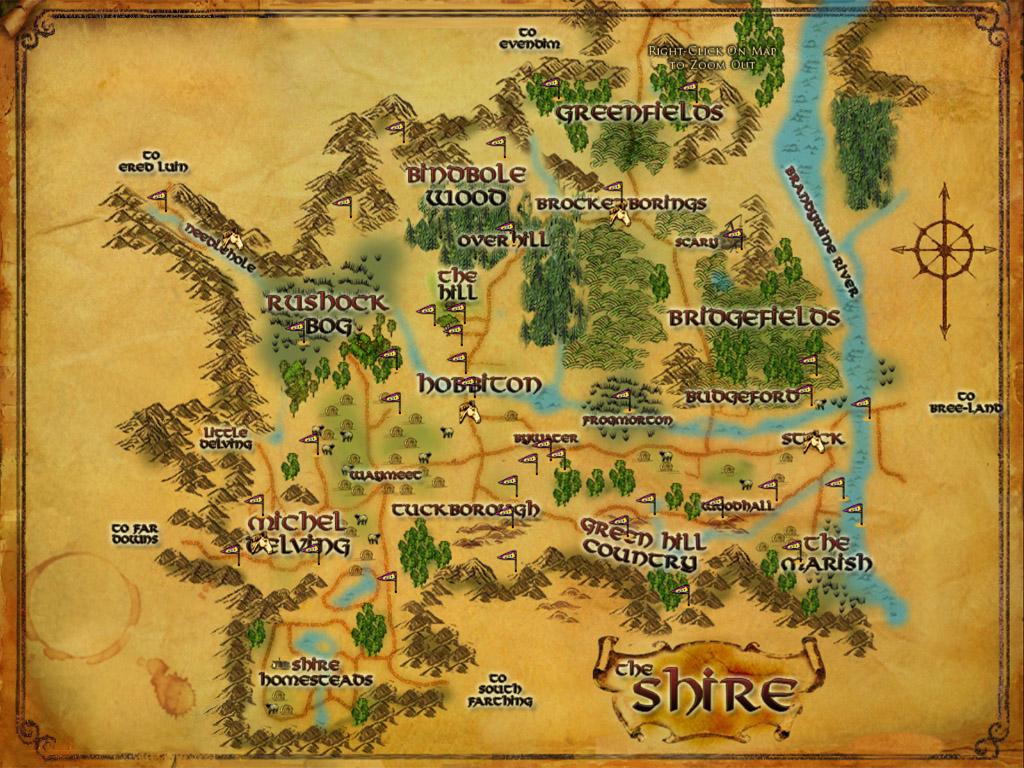 The Shire looks and feels quite safe; there seems to be rarely any dangerous creatures. But actually The Shire isn't actually that safe, in the Rushock Bog there is a big troll-like thing with 630 life (it only comes out at night though), there is also a wolf with 300 something life. In Bridgefields and Bindpole wood there are bears and goblins and in Bridgefields a goblin camp, there is a deed to find Bridgefields wall, but a high- health wolf guards it, and up in Greenfields there are more goblins, a goblin camp, and a half-orc and brigand camp. Also, in Green hill country there are brigands wandering around. Around The hill there is a brigand wandering around with his pet wolf.
But if you avoid Bridgefields, Bindpole wood, Rushock Bog, Greenfields, and Green hill country you should be alright.
Powered by